Iwaloye @ 55, Political Strides and Exploits of a Gentle Giant.

Iwaloye @ 55, Political Strides and Exploits of a Gentle Giant 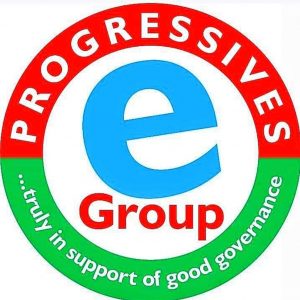 Like a popular saying that the journey of a thousand miles begin with just a step and that, those who move mountain started by picking stones. The Asiwaju Adeen and Oluomo of Ejigbo land, Dr. Najeem Folasayo Salaam began his political journey as a student who perhaps might not think it could take him to high places that he is today.

As a student, Salaam was actively involved in student politics. During his undergraduate days, he was a member of the student rights movement, he was part of the stakeholders of Association of Political Science Students because he was an active member of Constitution Review Committee of the association. Salaam also served as President of Ejigbo Local Government Area Students Association (ELGASA), OAU Chapter during his undergraduate days.

Upon graduation, Salaam went into the pharmacy business. Because of his knowledge about community health and his health interventions in Ejigbo, he was made a Supervisory Councillor for Health in 1999. In 2002 he unsuccessfully ran for the highest position in local government. In 2007, he campaigned for a seat in the Osun State House of Assembly and was elected.

His victory was later set aside by election petition Court of Appeal on the ground that a logo of one of the political parties was excluded from the ballot papers in gross violation of the electoral laws. The conduct of the fresh election was marred by violence and irregularities which makes the people wish of the people truncated.

Due to his popularity, political acceptability and support throughout Ejigbo, Salaam was believed to be uncompromising when it came to the ideals of his political party, despite pressure from the ruling party.In the 2011 elections, Salaam contested and won a seat in Osun state Assembly. Salaam was elected Assembly Speaker on June 2, 2011 and was later elected Chairman of the Caretaker Committee of the Conference of Speakers of States Legislature, with a mandate to midwife new executive of the Conference through a free and fair election. The election, conducted in 2012, is still adjudged one of the association’s best.

During his first tenure as Speaker of Osun State House of Assembly (2011-2015), the House promulgated 32 Bills, made 42 Resolutions and conducted 4 Public Hearings with an additional 7 bills, 2 resolutions and 3 public hearings in 2017 during his second term as speaker with one of the Bills established a Microcredit Agency, seeking to stimulate economic activities. Other laws include but not limited to the laws relating to HIV/AIDS, Signage and Street Advertising, Security Trust Funds and Urban Renewal.

Under his leadership, the Assembly is reputed to have operated in a rancour-free atmosphere, working harmoniously with the executive.

Progressives e-Group rejoices and celebrates you on your 55th birthday for your service to the state and humanity in general.

….. truly in Support of good Governance