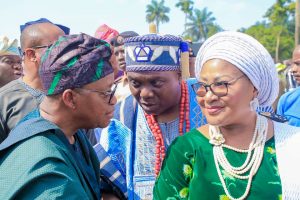 Governor Adegboyega Oyetola of the State of Osun has reiterated his administration’s commitment to the development of the state.

He stated this while speaking at the 28th edition of Iragbiji Day celebration which held on Saturday at Iragbiji in Boripe Local Government Area of the state. 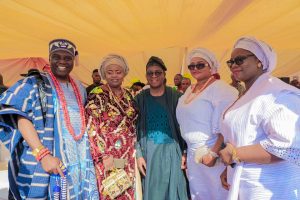 The governor explained that his government had set the pace for the accelerated development of the state by anchoring its Development Plan on equitable distribution of resources — one that distributes resources to all the nine Federal Constituencies and in all the sectors to radically and massively transform the State and deliver development. 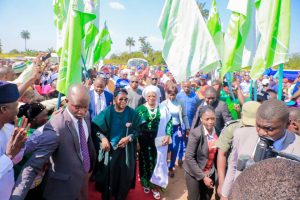 He disclosed that the government has procured drugs worth N207million in all the hospitals across the state.

He said the state has also equipped both primary healthcare centres and general hospitals with state-of-the-art facilities as part of efforts to revitalise and raise the bar of healthy living of the people of the state. 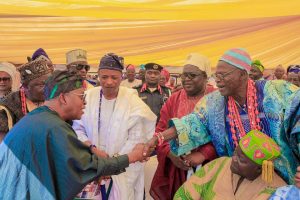 “As you are all aware, we are giving equitable health care to all the citizens by revitalising nine General Hospitals and 332 Primary Health Centres — one per ward — across the State. In Iragbiji, we have completed the renovation of Isale-Ayo Primary Health Centre and the PHCS MDG Lagua,” he said. 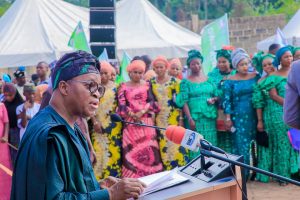 Oyetola noted that as part of rehabilitation of roads across Osun, the state government had rehabilitated the Ikirun-Iragbiji Road and the Iragbiji main township road, adding that the government would soon begin work on rural roads in the State to open up our villages to enable our farmers to access their farms to easily transport their produce to the market. 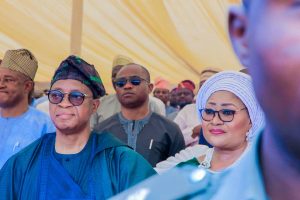 Speaking further at the event witnessed by the Aragbiji of Iragbiji, Oba Abdulrasheed Olabomi and some traditional rulers in the state, the governor said, “In our bid to provide qualitative and functional education for our children, we are renovating, building and providing facilities at our public schools.”

He appealed to parents to reciprocate government’s gesture by sending their children to school and giving them good upbringing to make them leaders of tomorrow. 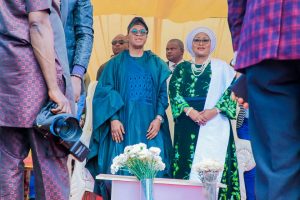 Oyetola revealed that his administration was working hard to collaborate with local and international partners to invest in Osun, saying that this informed the decision of the state government to organise an Economic Summit which will hold in Osogbo, the state capital, beginning from Tuesday.

“We are hosting an Economic and Investment Summit to enable investors, business partners, speakers and moderators to collaborate with us to unlock our business and investment potential for massive and sustainable economic development, job creation for our youths, business opportunities for our people and poverty eradication.” 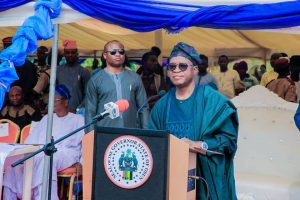 On security, the governor disclosed that his administration had procured 20 Armoured Carriers and another 20 new communication laden security vehicles, among other interventions to ensure that Osun maintains its ranking as the Most Peaceful State in Nigeria.

“With this arrangement and the cooperation of our security operatives, The State of Osun is secure and safe,” he added.

The Governor congratulated the Aragbiji of Iragbiji, the Oba-in-Council and the sons and daughters of Iragbiji on the celebration on the 28th Iragbiji Day. 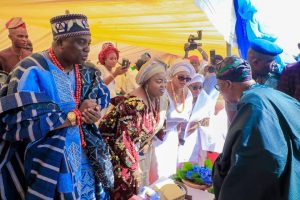 “For 28 years, Iragbiji sons and daughters have gathered together to celebrate our culture and tradition, interrogate and emplace developmental issues, share love and unity and generally uphold the things that make us tick as a people.

“We are not only developing Primary Health Centres, but also our General Hospitals are wearing a new face in terms of infrastructure and basic health facilities”, Oyetola said.

Speaking on the significance of Iragbiji Day, Oyetola said the festival had helped to strengthen the bond of unity, peace and harmony between and among the indigenes of the town.

He called on the sons and daughters of the ancient town to come home to contribute their quota for the development and progress of the town.

In his remarks, the Aragbiji of Iragbiji, Oba Abdul-Rasheed Olabomi, commended Governor Oyetola for being supportive to the growth and development of the ancient town.

He advocated love, unity, peace and harmony among the sons and daughters of the town, urging them to always contribute their quota to the development and growth of the town.