…as gov expresses satisfaction with quality of job done

Residents of Alekuwodo area of Osogbo, the Osun State capital, have commended Governor Adegboyega Oyetola, for the reconstruction of the road network within the area.

The road was last rehabilated when Osogbo was still under the Old Oyo State before the creation of Osun in 1991.

They spoke on Wednesday when Governor Oyetola inspected the newly rehabilitated roads. The governor expressed satisfaction with the quality of job done.

The reconstruction of the Alekuwodo road network alongside other roads in the state was approved by the State Executive Council in February this year.

Some residents of the area who spoke to journalists, described the project as timely, appropriate and a welcome development, which they said, was capable of boosting their livelihoods in the area. They commended the administration of Governor Oyetola for coming to their aid at this critical period. 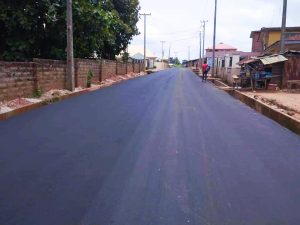 The residents also expressed satisfaction with the quality and standard of the roads, describing it as unprecedented in the history of the community.

Oyewusi, who is a community stakeholder, said the rehabilitation of the road would breathe a new life to the community and by extension, improve on the socio-economic activities of people of the areas.

He said: “I am not only happy about this road but satisfied with the quality of the job done by the contractor because this is a road that had been yearning for rehabilitation over the years. We thank Governor Oyetola for coming to our aid.”

Also, Mrs Felicia Akinsola, a resident of Adewale street, said the reconstruction of the road had once again reestablished the administration of Governor Oyetola as one that keeps to promise.

She said: “I was pessimistic when they said the government would reconstruct these roads because of the disappointment and failure on the part of previous governments to fix the roads before now.

“So, I must commend the government of Governor Oyetola for listening to our collective yearnings and for fixing these roads as promised and as required. This gesture will in no measure boost economic activities in these areas in particular and the State in general.

“The only thing that is left is for the contractor to fix the remaining part of the pipe borne water that was disconnected when the project was ongoing.” 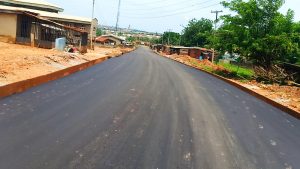 Speaking after inspecting the roads, Governor Oyetola, said he was satisfied with the quality of job done, adding that the project could stand the test of time and measure up with international standard.

He also expressed delight at the prompt and timely completion of the roads just as he applauded the contractor for being faithful to the terms and conditions of the contract.

Governor Oyetola who disclosed that similar projects were ongoing in other parts of the state, said the government would continue to be proactive in its efforts to transform the state in spite of the prevailing socio-economic challenges occasioned by the COVID-19 pandemic.

He reassured the people of his administration’s determination to ensure delivery of quality road network across the state, saying no effort would be spared to make life meaningful and worthwhile for the citizenry.

Oyetola said: “I am quite impressed with the quality and standard of construction here. The execution of this road project is in fulfilment of our promise to improve infrastructural development in the state, and its successful completion is a testimony to that claim.

“We shall continue to do the needful to support our people. We will not renege on our promises to build infrastructure and we shall not allow the COVID-19 pandemic to bore us down in our resolve to transform the state. 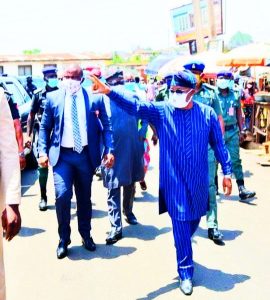 “I appeal to our people to put these facility to good use and always apply precautionary measures while plying the roads because we don’t want any death case or accident on the roads due to negligence.”

Garba Shehu Reacts To Rumours Of Ibrahim Gambari As New Chief Of Staff.