Ilesha Water works to be completed in 2020.

Ilesa Water Works to be completed in 2020

The Senior Consultant handling Ilesha Water Works Project in Osun state, Mrs Tawakalitu Williams, has disclosed that the multibillion naira project would be completed in December 2020. 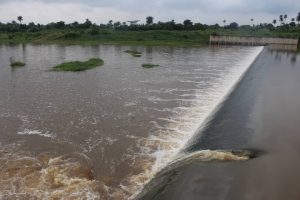 Flagged off by former governor of the state, Mr Rauf Aregbesola on December 18, 2017, the project, was to be completed in 24 months from the day of the launching of the project.

But Williams, who appeared before the Osun state House of Assembly on Monday, said the project was to be completed in 2020, against December 2019, which was the initial completion time.

She explained that there were funding and logistics challenges which foot-dragged the project.

According to her, fund for the project was delayed and they also encountered logistical challenge.

Williams, Project Manager and other consultants on the water projects were summoned by the House to explain the stage and level the project had reached and when it would be completed for the benefits of the citizenry of the state. 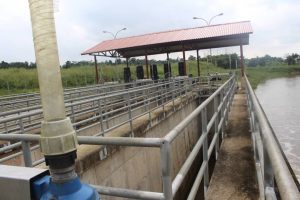 The former Special Adviser to the governor on Water Resources informed the house that water transmission pipes have been laid, adding that booster stations and reservouirs have already been built.

She said the water project which was originally projected to have been completed in 24 months had to be extended because of the various challenges, including unfavourable rainfalls and inadequate funds. 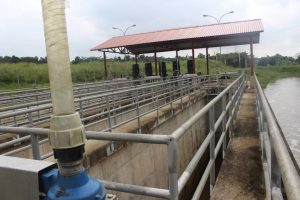 However, most of the logistics challenges slowing down the project have been resolved.

In his remarks, the Speaker of the House of Assembly, Hon Najeem Folasayo Salaam noted that the House was acting in line with its oversight function and responsibility to give the people of the state dividends of democracy which include efficient pipe borne water supply.

Salaam who was represented by the Deputy Speaker, Mr Akintunde Adegboye, said the parliament, being the representatives of the people, needed to be informed and updated on the stages and levels of the project and when it would be completed. 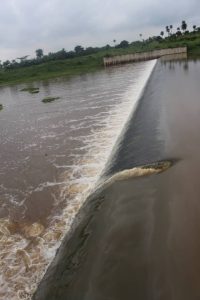 The water project which will distribute water to the entire Ijesaland, include construction of transmission mains, booster stations and three 10,000 cubic meters concrete reservoirs, will give 60million litres of water per day when completed.

US INDICTS ATIKU AS BRAIN BEHIND RECENT KILLINGS IN NIGERIA