How i made my first Million – Jagaban Bola Ahmed Tinubu.

HOW I MADE MY FIRST MILLION — TINUBU. 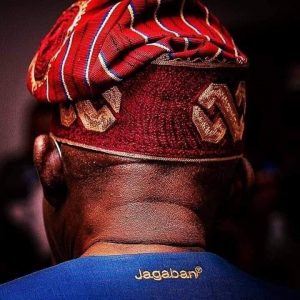 Former Lagos State Governor and a leader of the ruling All Progressives Congress, APC, Bola Tinubu, has narrated how a working trip he made while serving as an auditor for auditing giant, Deloitte and Touche, made him an “instant millionaire”.

Mr. Tinubu first served as a senator in the short-lived third republic and later as governor of Lagos State between 1999 and 2007. He has been accused of making a fortune from politics.

“At Deloitte and Touche, I chose to travel more than 80 per cent of my working years there. And that is because if a staff chose to travel, he would make more money because he would get travel allowances,” Mr. Tinubu said in a lengthy interview he granted TheNews Magazine on March 29 about his journey through life as he celebrated his 64th birthday.

Mr. Tinubu said he was sent on an assignment to help set up a an accounting and auditing system for a joint-venture between National Oil and Aramco in Saudi Arabia but by the time he returned to the United States, he discovered that his account had been credited in millions.

“We had gone there to set up their accounting and auditing system. It was while on that service that I got my financial break. When I returned to the United States, my employers gave me a huge bonus, which instantly turned me into a millionaire.

“The bonus was $850,000, before taxes. My salaries were also being paid into the bank and I was not touching them. At the time, my salary deposits in the bank had risen to about $1.8 million.”

A Food for thought.