Famed fuji singer, Saheed Osupa, in this chat with FEMI ATOYEBI, bares his mind on the origin of fuji music.

What is your real name? 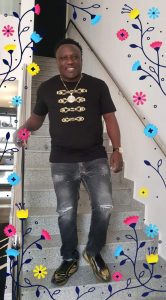 My real name is Akorede Babatunde Okunola. However, I am popularly known as Saheed Osupa, the creator of Saridon P fuji music.

I was born in Lagos but I was brought to Ibadan as a boy. I stayed with my mother at Mosafejo and later, Ajegunle area of Lagos and I will say that those environments triggered my career in fuji music.

Who was your fuji hero at that time?
I listened to the music of the late Sikiru Ayinde Barrister and Kollington Ayinla.

Wasiu Ayinde was just coming up then. As a youth, I associated myself with lower-class people, so I felt their pulse.

When I joined them, people preferred my voice and as a result, I started leading the chorus. Razak’s parents discouraged him from singing, so he pulled out while I continued as the group leader.

What do you consider to be the origin of fuji music?

When I began singing fuji music, I was not aware of the fact that my father was once a musician because I did not stay with him. When I began to record albums, I met my father who asked me if I was really interested in the music. I answered yes, so he sat me down to tell me the story behind what is today called fuji music.

He told me about himself, Epo Akara, Gani Kuti and Wasiu Anifowose (not Wasiu Ayinde).

My father told me that the origin of fuji music is kiriboto, which were the songs of the masquerade in Yoruba traditional system. He also told me that the occultic part of the kiriboto lyrics was removed so that it would appeal to other religious faithful.

Part of it was also called seli.

After etiyeri and seli were extracted from kiriboto, they thought of how to make the new types of music appeal to the Muslims and that led to the creation of were music which is used to wake Muslims during the month of Ramadan.

Were music became popular in Yorubaland over the years but the were music in Ibadan changed at a time to awurebe through the creative ability of Gani Kuti.

He did this so that the song could be rendered at social functions since were had its own season.

My father and his peers created the etiyeri genre but they did not join Kuti in singing awurebe.

My father said while he was working on how to adapt the etiyeri kind of were to another type of music, awurebe gained prominence in Ibadan.

The late Dauda Epo Akara later modernised awurebe and made it more popular.

That is why people think Epo Akara was the creator of awurebe music.

What was the role of Barrister in all these?
The late Ayinde Barrister was an Ibadan man who lived in Ibadan and Lagos at the time of all the creations.

In Lagos, part of Were music was adapted to sakara music.

Because he was familiar with awurebe in Ibadan and sakara in Lagos, Barrister then thought of a way to modernise awurebe and sakara. It was from there that he created fuji music.

Barrister is the progenitor of fuji music. After he started fuji music, Lagos and Yoruba people accepted it and it became the most popular music.

You must have heard the statement of Wasiu Ayinde, K1 d Ultimate, that Barrister did not create fuji.

What is your opinion?
When I heard about the statement credited to Wasiu Ayinde, I contacted him and told him that after watching the interview, I was not happy with his utterances about Barrister. I told him that he (Ultimate) once told me that he was a servant of the fuji creator.

I asked him why he would be profaning the personality of his master. I also told him that what he had done amounted to sacrilege.

If you are debasing your oracle, that is sacrilege. Barrister is still too important to be disrespected in fuji music. I made attempt to tell him the real history of fuji music as told by my father.

I also told him how important Barrister was in the creation of fuji music. The people he was quoting as the creators of fuji only sang were.

But when it got to a level where the conversation was degenerating to an argument, I backed off because he is an elderly person that I respect.

I had to be mature about it but I was able to express my mind.

If Wasiu Ayinde is saying that Barrister did not start fuji, he is probably saying so because fuji is an adaptation of several kinds of music genres that began a long time ago.

But the name fuji and the combination of series of music adapted from several types of music were the initiative of Barrister.

If anyone says he did not create fuji, that person is wrong.
From the story you have told, Barrister created fuji from some music genres and others did the same from other music, starting from kiriboto. Why has no one created a new music from fuji instead of singing same old fuji?

That is what has been causing the controversy in the fuji music industry. Kuti started awurebe while Epo Akara modernised it.

People have forgotten that Kuti was the creator but they gave Epo Akara the credit.

Wasiu Ayinde (Ultimate) tried to do the same by introducing classical system into it but people still prefer to call his music fuji.

He even tried to call it Talazo but people called it Talazo fuji, meaning that whatever name you give it, it remains fuji music.

My music is Saridon P fuji, Alabi Pasuma calls his own Pasuma fuji, Shina Akanni calls his own Skopido fuji while Adewale Ayuba’s own is called Bubble fuji. Abass Akande Obesere says his own music is Omorapala fuji but we are all singing fuji music.

Wasiu Ayinde (Ultimate) did a lot of alteration to fuji but the name has not changed.

He modernised it in such a way that anyone can wake up and sing his own kind of fuji music but I brought back the original flavour of fuji music.

Despite the fact that I am not using the old voice, I brought back the old content which includes moral messages. Fuji must preach moral and good messages.

This is what is causing problems among fuji musicians.

What are you doing to immortalise Barrister?

Everybody has his own plan and concept of immortalising the man. But this can only be achieved when there is unity.

Someone said Ayinde Barrister’s successors are not being vibrant after his death.

But this is not true. I have done exceptional things in fuji.

I have released four albums at once which no one has ever done.

The maximum I have seen is a three-in-one album. Obesere was first to release a two-in-one album. I have a pile of 10 albums that can be released at once.

This was what prompted Ayinde Barrister to name me King of Fuji.

Is there unity among fuji artistes?
All these superiority fight will take us nowhere. There is no unity in the fuji industry. Success is not all about how far but how well.

If you began to do something many years ago and someone starts after you and possesses the intellectual ability to do better, he will surely be recognised. But our people have refused to give honour to whom honour is due.

What are you doing to protect the future of fuji?
Because of poverty, many people see fuji as a way out to make income.

People also see fuji as a weapon to douse anger so they attend fuji shows to dance away their sorrow and anger. Fuji music is grass-roots music that cannot be taken away from the people. Fuji has a big future.

We have an association called Fuji Musician Association of Nigeria but it has been politicised by some actors. People are trying to create false history for themselves.

They are trying to call themselves what they are not, so they use all avenues like FUMAN to achieve their selfish aims.

I am not a controversial artiste but I like to be blunt and that is the problem I am having with some people.

Check the pictures of how Ogbeni Rauf Aregbesola was given heroic welcome back to Ilesha by his kinsmen.

How a 300level student of Adekunle Ajasin university was used as money ritual by her Yahoo boyfriend.

A Diary of Wisdom,: unscrambling Motifs in King...

Sule Sax; Osupa Cries For Help In A...

What you need to know about King Dr...

A man can cheat on his woman and...