Popular Posts
The Story Of Attah Ameh Oboni – the...
LIST OF THE NEWLY ELECTED HONOURABLE MEMBERS OF...
The state of Osun Anthem,Yoruba and English.
King (Dr) Saheed Osupa 58 Albums between 1992...
Teju is a Natural Leader – Rauf Aregbesola.
Gists

In a strategy aimed at ensuring the continuity and sustainability of the Buhari administration’s Social Investment Programmes, the schemes are now being upgraded to a full ministry status with the take-off of the Ministry of Humanitarian Affairs, Disaster Management and Social Development. 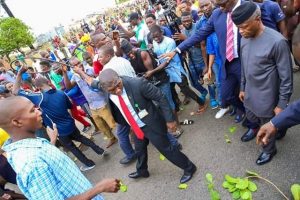 This move is coming after the first term successful implementation of the scheme directly from the Presidency, indicating the need to now institutionalize the SIP.

Endorsed by the Africa Development Bank (AfDB), World Bank and the World Economic Forum, as testament of its national impact in Africa’s most populous country, the National Social Investment Programmes (N-SIP) truly embodies what it means to go global while making local impact. 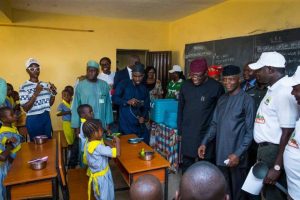 At inception, the National Social Investment Office, NSIO,  in the Vice President’s office was responsible for overseeing the N-SIP since  2016, while issues of funding, contract awards and procurement had always been undertaken by the Ministry of  Budget and National Planning.

Also an inter-ministerial  Steering Committee, chaired by the Vice President and composed of several Ministers including from the ministries of Education, Health, Finance, Budget and Planning, Labour and Employment, Women Affairs and others,  had policy oversight on the programme implementation. 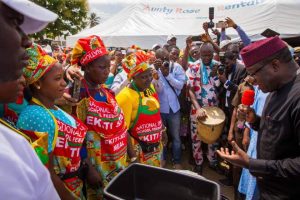 In his Independence speech earlier today President Muhammadu Buhari  stated in order to “institutionalize these impactful programmes, we created the Ministry for Humanitarian Affairs, Disaster Management and Social Development which shall consolidate and build on our achievements to date.”

Indeed the Social Investment Programmes have also been recognized by several local and international organizations for empowering Nigerians and meeting the urgent needs of Nigerians in different areas including providing employment, supporting small businesses and poverty alleviation. 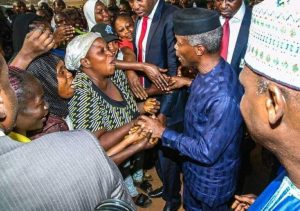 Organisations like Action Aid (Nigeria), of Africa Network for Environment and Economic Justice (ANEEJ), and the Nigerian Economic Summit Group (NESG) have all commended the NSIP for its nationwide social impact

The impact of the SIPs has duly attracted the attention of the rest of the world. Among the global recognition for the impact of its schemes are the Financial Inclusion Award, which was at the 2019 African Bankers’ Awards: where BOI won for the GEEP scheme; the Tutu Leadership Fellowship for 2019, where GEEP CEO, Uzoma Nwagba, named among recipients; the Public Social Entrepreneur award, given by Schwab Foundation, a sister organization of the World Economic Forum, WEF, to Mrs Maryam Uwais, the Special Adviser to the President on Social Investments; and recently. 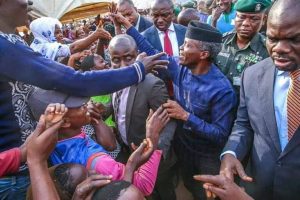 One of the SIP components, GEEP, which is executed through the Bank of Industry (BOI) was recognized as the most impactful Financial Inclusion programme in Africa during the African Bankers’ Awards ceremony which held in Malabo, Equatorial Guinea on June 14th, 2019. The award was for BOI’s role in implementing GEEP, which includes the popular TraderMoni scheme. The awards event featured financial institutions and projects from all 54 countries in Africa, as well as the international community;

TraderMoni is one of the microcredit schemes under GEEP, where millions of petty traders get N10,000 loans. Upon repayment within 6 months, the beneficiary becomes eligible for a larger amount of N15,000 and all the way to N100,000 if and when the collateral-free loans are repaid. The other microcredit schemes are MarketMoni and FarmerMoni.

Also, in April, the impact of the SIPs was recognized by the African Leadership Institute when the GEEP COO, Uzoma Nwagba was named among the recipients for the prestigious Tutu Leadership Fellowship for 2019.  According to the AFL, Nwagba’s role in GEEP, which it described as “the world’s largest micro-credit scheme” was critical. “GEEP to date has leveraged the power of a technology-driven operation to disburse and manage a portfolio of two million loans to underbanked Nigerians, demonstrating the biggest advancement of financial inclusion via credit in Africa,” the citation read.

Recently, Mrs Maryam Uwais MFR, the Special Adviser to the President on Social Investments, was conferred with the prestigious Public Social Intrapreneur award by the Schwab Foundation, a sister organization of the World Economic Forum WEF. It was another pointer to SIP’s global endorsement. Uwais was named among 40 other global leaders selected from different countries to receive the award in recognition of their innovative approach and potential for global impact.