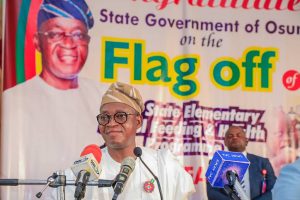 The governor also distributed cooking utensils, uniforms, feeding bowls among other materials to the new school food vendors to ease their services. 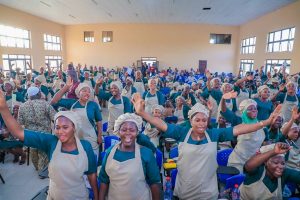 The caterers were recruited under the Osun Elementary School Feeding and Health Programme (O’MEALS) as part of the government efforts to promote quality, functional and qualitative education and as well help to make education more attractive and appealing to the pupils in the state. 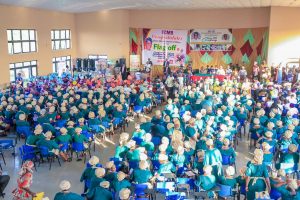 The recruitment of the new food vendors across the 30 Local Government Areas and One Area Office was an initiative conceived by the government to augment parents’ care-giving efforts and essentially to produce children who are “physically and mentally balanced.”

Speaking during the flag-off ceremony in Osogbo, the state capital on Monday, Oyetola said his administration was giving a boost to the O’MEALS initiative by empowering the newly-recruited food vendors to deliver service in a professional, efficient and effective manner. 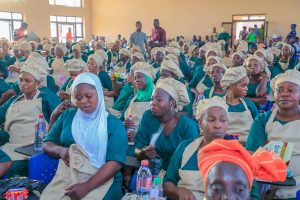 The governor appreciated the O’MEALS management for putting in place a transparent procedure to select the new food vendors, noting that the government is empowering the vendors by procuring cooking utensils and other materials through a soft loan from the bank.

Oyetola disclosed that the bank loan will be repaid by the state government in order not to put any burden on the vendors, noting that the welfare of all food vendors in the state is paramount to his administration. 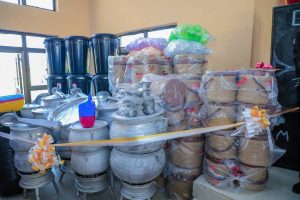 “Today, the State Government will distribute pots, plates and spoons to all the food vendors in the state to enhance their effective performance,” he said.

He, however, urged the vendors to reciprocate the government’s gesture by providing good services through the serving of required quality and quantity of food to the pupils. 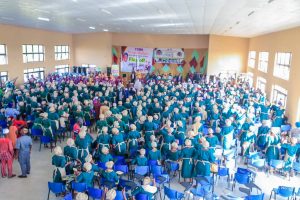 “You must not compromise the prescribed rules and regulations of service, including acceptable hygiene rules, general condition of the kitchen and neatness of the cooking environment,” the governor said.

The governor also revealed that he had directed officials of the State Water and Environmental Sanitation (WES) to visit the cooking sites of the vendors to check their level of neatness. 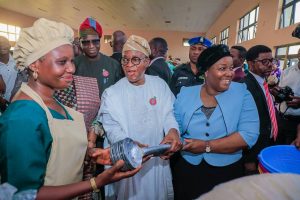 “We can neither afford to give our children unhygienic food nor supply them with nutrient-deficient meals. Therefore, anyone of you found wanting in the delivery of their services will be sanctioned.” 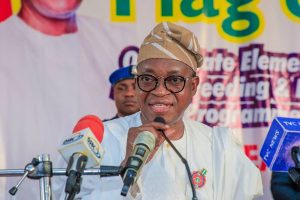 Oyetola said that his government resolved to continue the school feeding programme so that “efforts at making education accessible and pleasurable for our children will not be defeated.”