Popular Posts
The Story Of Attah Ameh Oboni – the...
The state of Osun Anthem,Yoruba and English.
The Biography of the Alaafin Oyo his imperial...
Opon Imon (Tablet of Knowledge)Read this carefully from...
Breaking News: Again, Ladi Adebutu Loses To Jimi...
Featured

Governor Seyi Makinde and his Osun Must leave LAUTECH agenda By Omowaiye Oluremi. 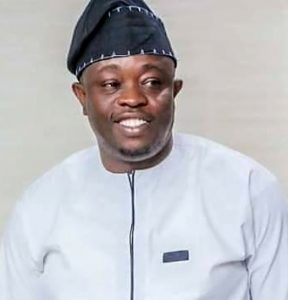 With the increasing call for Osun to disengage from LAUTECH, Ogbomoso as orchestrated by the Governor of Oyo State. Yes, Osun will be ready to disengage without stress BUT the Oyo State Governor with his Osun must go cohorts should know that the asset including the Goodwill of LAUTECH Ogbomoso can’t be less than N200Billion and as joint and equal partner as affirmed by the 2013 Supreme court judgement, Osun will be due for at least 50% of the asset. In disengaging we shall share to the lowest asset including test tubes, furniture, computers and even Laboratory equipment which will ultimately affect the accreditation of several academic programmes in LAUTECH , of  the about 2000 staffs in the University , Osun indigenes are less than 700 . Osun Governor Gboyega Oyetola might have a simple look BUT I assure you all that he is of strong character and a no nonsense man. Governor Seyi Makinde should be reminded that Chief Alao Akala with the backing of Baba Obasanjo and the then Federal Government could not snatch LAUTECH, so he should be prepared for a battle that might likely consume LAUTECH. I am emotionally attached to LAUTECH no doubt but posterity will not judge us right if we allow Oyo state to get away with their usual harassment. For the sake of the students however the Osun must go advocate and Governor Seyi Makinde must take it easy ELSE ….