FULL SPEECH OF PRESIDENT BUHARI AT THE #2019BUDGETPRESENTATION December 19, 2018

FULL SPEECH OF PRESIDENT BUHARI AT THE #2019BUDGETPRESENTATION

This is my last Budget Speech to the 8th National Assembly.

“Today, we will review economic development over the last three-and-a-half years with emphasis on 2018. We will also highlight the budget for 2019.

“The last three-and-a-half years have been challenging both home and abroad. Both oil and non-oil markets have been volatile. There have been disruptions in oil production in the country. 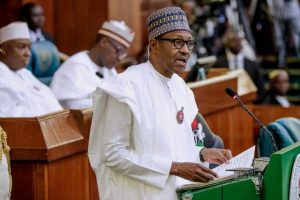 However, we have cause to be optimistic about the future. The economy has recovered from recession. We have done more work with less resources in Agriculture, Social Development and Infrastructure.

We have intervened several times to support states in the payment of salaries. The Federal Government has also sustained its efforts to curb corruption through the comprehensive cooperation of the single treasury account. 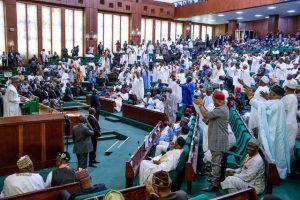 We have also made efforts to end the insurgencies in affected areas of the country. We thank the Armed Forces and Security Agencies for their efforts and sacrifices in protecting the nation.

We have also made many efforts to enhance transparency and accountability in public service delivery. Inflation has declined from 18.2% in January to 11.28% in November. Foreign Capital Influence has also improved. 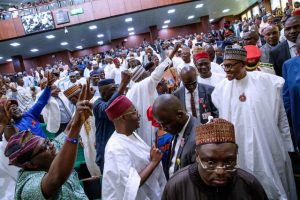 Trading is a significant contributor to our country’s economy. But we must strengthen other areas such as Information Technology and Entertainment; all hands must be on deck to ensure the country succeeds.

In Agriculture, we are seeing increased investments in all areas of the sector. Indeed, we are on course to achieve good security in the nearest future. 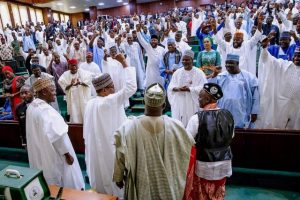 We also prioritized the completion of already ongoing projects as opposed to starting new ones.

We have included the implementation for the National Minimum Wage. I will be sending a Bill to this National Assembly, on this.

To further support SME’s, we have set aside N15 billion, while the sum of N10 billion has been granted to BOI for this purpose.

We can all commit to the early passage of this Bill.

I thank you most sincerely for your attention. God bless the Federal Republic of Nigeria. 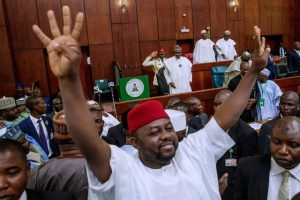 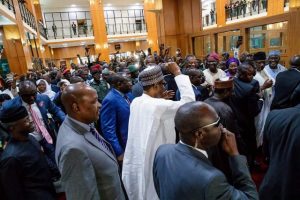 FACTUAL REPORT ON HOW ATIKU SUPERVISED THE SALES OF OVER 145 FG INVESTMENTS AS A VICE PRESIDENT !