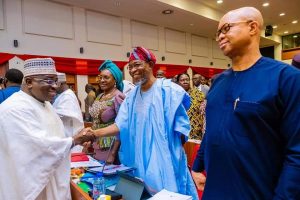 The Federal Government has again re-stated its commitment to decongesting all the correctional centres across the country, saying the purpose of setting up such centres was to rehabilitate, reform and reintegrate inmates back to the society.

Responding to a question on the congestion of prisons in Nigeria, at the Joint Public Hearing on the 2020 Federal Government Budget, organized by the Appropriation Committees of the Senate and House of Representatives, at the National Assembly today, the Minister of Interior, Ogbeni Rauf Adesoji Aregbesola disclosed that the Federal Government was passionate about the decongestion of correctional centres in the country. 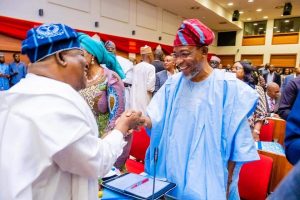 According to him, the Prisons Decongestion Committee set up by the Federal Government is working with the Attorney General of the Federation, State Governments, Judiciary and other relevant stakeholders in the justice sector with the view to ensuring that only those with critical offences, considered as felons are kept at the various correctional centres.

He said that one of the policy objectives of the President Muhammadu Buhari Administration is to ensure total transformation of the Nigerian Correction Service to a modern reformatory institution so as to enable it operate in line with international best practices. 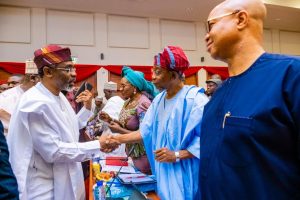 This according to him, led to the signing of the Nigerian Correctional Service Act 2019 into law by the present administration.

“I therefore wish to reassure you that in line with the above policy thrust of government, we would do everything humanly possible to ensure that in the next 180 days, we would put the issue of congestion of prisons behind us,’ the Minister emphasized.

Aregbesola added that there are about 75,000 inmates at the various correctional centres across the country, saying they are no longer referred to as prisoners, in line with the new Act.

He stressed that the new law allows Correctional Officers to reject offenders who are being brought from the courts to the centres, if there is no capacity to accommodate them.

Speaking earlier, the Senate President, Sen. Ahmed Lawan said, the 2-day joint hearing on the 2020 Appropriation was to get public views and inputs before the passage of the Budget in December, 2019.
‘We should congratulate ourselves as Nigerians because we are all resolved to ensuring that the country is moved to the next level of socio-economic development in line with the policy thrust of the President Muhammadu Buhari-led Administration which is Security, Revitalization of the Economy and entrenching Transparency in government business.
SIGNED

Oyetola to Prof Aina at 80: You are a rare Nigerian.