Popular Posts
The Story Of Attah Ameh Oboni – the...
Opon Imon (Tablet of Knowledge)Read this carefully from...
The state of Osun Anthem,Yoruba and English.
The Biography of the Alaafin Oyo his imperial...
Breaking News: Again, Ladi Adebutu Loses To Jimi...
Gists 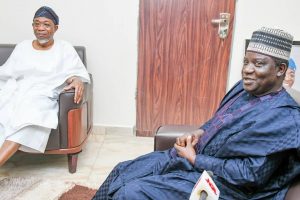 In its continued efforts at arresting the security challenges facing the country, the Federal Government has again called on states, local governments, community leaders, religious groups and individuals to support its efforts at ensuring a peaceful environment for all Nigerians. 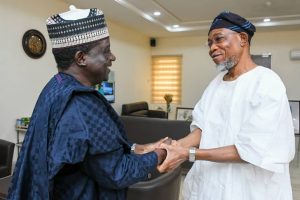 The Minister of Interior, Ogbeni Rauf Adesoji Aregbesola made the call today in his office in Abuja, after a closed door meeting with the Governor of Plateau State, Simon Lalong.
Ogbeni Aregbesola who said that security of all Nigerians was very important and that it cannot be left in the hands of the Federal Government alone, emphasised the need for collaborative efforts of all and sundry in order to tackle all threats to internal security in the country. 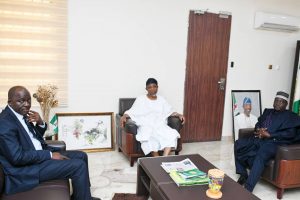 He assured that President Mohammadu Buhari-led administration was committed to moving the country to the next level of socio-economic development through the protection of security of lives and properties of Nigerians, revitalising the economy and entrenching transparency in all aspects of governance. “Security cuts across the federal, states, local governments, political associations, religious groups, communities and individuals; it is a collective responsibility and we all must see it as such,” he said.
He expressed confidence that Nigeria will soon overcome its security challenges if every segment of the society plays its part in the fight against insecurity.
In his remarks, the Governor of Plateau State, Simon Lalong said he was in the Ministry to seek collaboration with the Federal Government on how to tackle security challenges in his state. 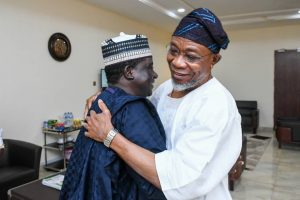 “In my capacity as the Governor of Plateau State, I thought it wise to come and see the Minister in charge of internal security in Nigeria to see how we can join hands to ensure peace and security not only in Plateau State but also in the entire country,” he said.
Governor Lalong said further that there is the need for all the state governments to complement the federal government’s efforts in tackling insecurity with the deployment of modern technology to combat crime and criminality in the country, saying that crime has become complex to handle. 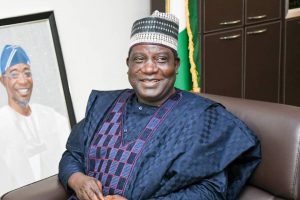 He pledged the commitment and support of the people and government of Plateau State to the Federal Government in ensuring peace and security in the country.
SIGNED