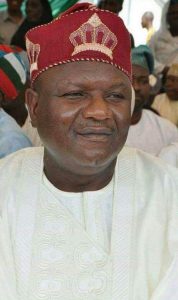 Agba Osun is an association of independent leaders of the APC drawn from all the  local government councils across the state which principal motive is to see to the smooth-running of the party in the state.

It is on record that the subset of the state APC had successfully intervened in some knotty issues in the party with amicable restoration of peaceful co-existence among the members of the party in the state.

Famodun in a remark through his Media Consultant, Kola Olabisi, in Osogbo, Osun State, today stated that it would not be an embelishment or overstatement to submit that the Agba Osun has been doing a lot in the injection of sanity into the state APC.

The party chairman hinted that one unique thing about the association of the elders in the APC is that apart from the fact that they invest their time for their mission, they also spend their money to execute their programmes.

He recalled a two-day workshop which the Agba Osun organised for all the recently-elected state and national lawmakers in the state sometime ago with a view to intimating the legislators with their expected statutory duties in the assemblies.

Famodun who said the existence of the group is a blessing to the state APC disclosed that he could not expect less functions from them as the body is a collection of eminent Osun men and women who had held responsible political positions in the state at various times in the past.

He said it was a good thing that the body was now giving back to the society the diverse experience of its members garnered over the years.

Famodun enjoined other groups within the party to emulate this good gesture of the Agba Osun, saying that a political party could be likened to a couple who gives birth to children who are expected to be co-trained by good-mannered members of the society.

He said, the Agba Osun has been easing the ways he has been running the affairs of the party with their various programmes and pieces of advice whenever it was necessary.

Famodun disclosed that with the noble roles being played by the members of the Agba Osun, it’s a way of smoothening the part of Governor Gboyega’s government, adding that, “if everything goes well for the party, it will definitely rob on the government as it is now the situation with us in Osun”.

We are going to make more appointments of permanent secretaries – Oyetola