Popular Posts
LIST OF THE NEWLY ELECTED HONOURABLE MEMBERS OF...
The Story Of Attah Ameh Oboni – the...
The state of Osun Anthem,Yoruba and English.
King (Dr) Saheed Osupa 58 Albums between 1992...
Teju is a Natural Leader – Rauf Aregbesola.
Uncategorized

Operatives of the Economic and Financial Crimes Commission, EFCC, Ibadan zonal office, on Thursday, June 20, 2019 swept on hideouts of suspected internet fraudsters in Osogbo, the Osun State capital, and smoked out 27 suspects among whom were four ladies suspected to be their girlfriends.

Officials of the Commission have embarked on weeks of surveillance, working on series of intelligence gathered on the activities of suspected ‘Yahoo Boys’ in locations across the city. 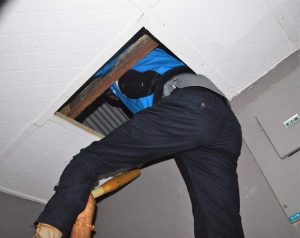 Eight exotic cars including two Lexus and six Toyota brands, as well as many costly phones and laptops, were among the items recovered in the course of the operation.
The suspects, who variously claimed to be graduates, students, computer engineers and businessmen, are currently undergoing interrogation to ascertain their level of involvement in the alleged act.

They will be charged to court as soon as investigations are concluded.

9th National assembly composition; Below Is A Break Down Of How the Senators Currently Stand👇

Cancer Of The Stomach Kills: Stop Taking Too...

Your help may not come from people that...