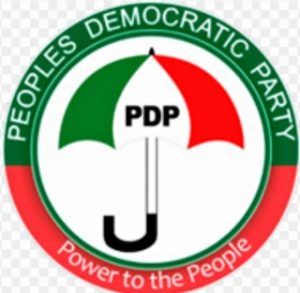 The group, under the aegis of Concerned Kogi Professionals, has demanded the withdrawal of Abubakar Ibrahim, who is the son of former governor Ibrahim Idris.

It also called on former governor, Idris Wada and his brother, Musa, to also withdraw from the contest.

This, according to Atteh, could destroy the existing unity in the state chapter should any of the three aspirants emerge winner in the primaries.

Atteh said Idris Wada and Musa Wada are blood brothers with the latter married to one of the daughters of ex-governor Ibrahim Idris. The ex-governor’s biological son, Abubakar, is also in the race.

Atteh had led members of the group to meet the PDP National Secretary Senator Umar Tsauri in his office at the party’s Abuja secretariat yesterday, asking the party to disqualify the three aspirants.

In a statement issued after meeting with Tsauri, the group said unless the three aspirants from the same extended family are forced out of the race, the party was doomed to be defeated by the All Progressives Congress (APC) in event that any of them picks the ticket.

The statement said: “There is palpable fear across the leadership and rank and file of our party that if this danger is not confronted and contained before we go into primaries, it may become intractable thereafter and could ignite series of actions and reactions that could lead to the failure of our party at the polls.”

Describing the three aspirants as “extremely mutually antagonistic contestants” from the same extended family, Atteh lamented that the party’s stakeholders and elders have already been fractionalised along three parallel lines.

The group further stated that anyone of the three who wins the primary election would be sabotaged by stakeholders and supporters of the other two contenders.

Although the National Secretary was not available for comments, the PDP national leadership has consistently declared that it would not interfere with any of the processes leading to the emergence of a candidate for the election.

While briefing reporters in his office on Tuesday, the PDP National Publicity Secretary, Kola Ologbondiyan, stated that the constitution of the PDP forbids any member of the NWC, including the National Chairman, from interfering with the process.

Ologbondiyan had clearly directed dissenting groups over the party’s upcoming primary election in Kogi and Bayelsa states to go back to their respective states and iron out their differences.

A Nigerian accountant and part-time pastor in the United Kingdom, Sam Kayode, has been sentenced to nine years in prison for stealing £4.1m.