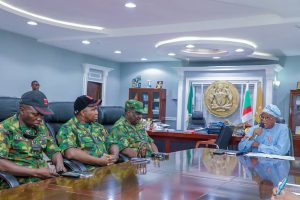 Governor Adegboyega Oyetola of the State Osun has commended the Nigerian Air Force for embarking on “Operation Buje Ekun,” an exercise designed to demonstrate its combat readiness to confront criminals in the state in particular and the South West region in general. 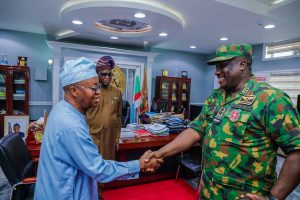 He also expressed his preparedness to join the Chief of Air Staff, Air Marshal Sadique Abubakar, to flag off the exercise on Thursday, in Ipetu Ijesa.

The Governor made these known on Wednesday, when the Air Officer, Commanding Special Operaions, NAF, Air Vice Marshal JMD Gwani and his team, paid him a visit, at the Government Secretariat in Osogbo, the state capital, ahead of Thursday’s exercise.

Oyetola noted that the exercise will send signal to criminals that Osun is not a place for them to operate, just as he appealed to residents around the exercise zone not to panic, insisting that only the criminal elements will be on the run. 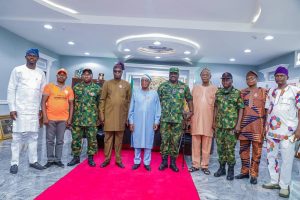 “I thank you most sincerely for this visit, and I thank the Chief of Air Staff for his interest in security of the nation in general, and Osun in particular. I put it on record that his effort through the 209 Quick Response Group, Ipetu Ijesa in collaboration with our team is yielding result. 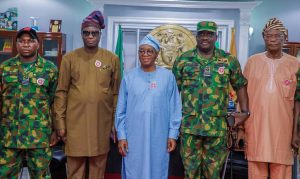 “Taking the Exercise Buje Ekun to Osun is a good one, because it will send the right signal to criminals that Osun is not safe for them.

“When we talk of general security issue, Osun is one of the most peaceful state in Nigeria, though occasional issue may come up once in a while, but Osun is still a peaceful environment. We are in a hurry to develop the state, which is why we take security as a priority. We are ready to give you the necessary support needed to make your job of securing our state and its environs easy” Oyetola said. 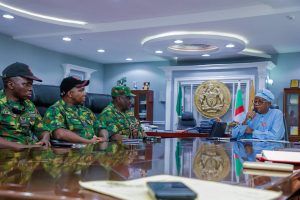 Earlier in his remarks, Air Vice Marshal JMD Gwani stated that the essence of the Counter Terrorism exercise is to prepare and armed the troops for the security challenges confronting the nation. 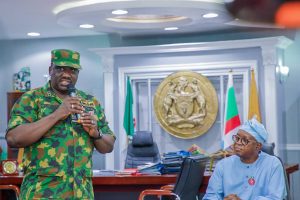 He added that the counter terrorism groups are strategically placed at geographical zones and sensitive places across the country, adding that Osun was chosen in the South West because it already has an Air Force Command Base, and this gives it an opportunity to train the troops adequately. 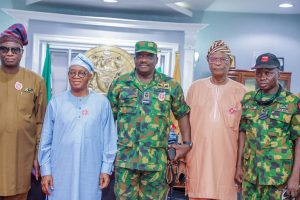 Gwani commended Governor Oyetola for making security in the state a key factor to consider. He called for the collaboration of other stakeholders in combating security challenges, saying no one security agency can handle it alone. 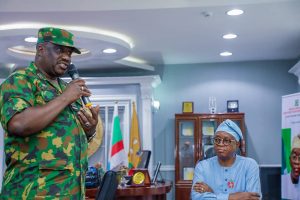