Popular Posts
The Story Of Attah Ameh Oboni – the...
The state of Osun Anthem,Yoruba and English.
The Biography of the Alaafin Oyo his imperial...
Breaking News: Again, Ladi Adebutu Loses To Jimi...
Opon Imon (Tablet of Knowledge)Read this carefully from...
Gists

Breaking news; Eleruwa of Eruwa land in Oyo state dethrones after 21years on the throne.

After 21 years on the throne, the Supreme Court, on Friday, declared vacant the stool of a popular Oyo monarch, the Eleruwa of Eruwa, Oba Samuel Adebayo Adegbola. 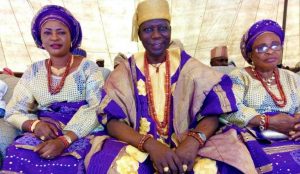 The monarch, who had earlier been dethroned by an Oyo State High Court on January 26, 2011, had approached the appellate court for an order to quash the verdict.

But giving the verdict on the matter in 2011, Justice Ladipo Abimbola of the appellate court affirmed that the processes that brought the monarch to the throne were irregular.

Hence, he declares them null and void; thereby ordering that Oba Adegbola should vacate the seat.

But dissatisfied with the judgment, the monarch filed an appeal and approached the Supreme Court which has now put an end to the legal tussle.