Popular Posts
Ara, ancient town,intriguing Osun community where rearing of...
The Biography of the Alaafin Oyo his imperial...
Things to do to neutralize snake bite poison.
Comparison between Hisbah and Amotekun
The Story Of Attah Ameh Oboni – the...
Politics

In clever attempt to sweep under the carpet, incontrovertible facts surrounding the April 14, 2014 Chibok abduction, former President Goodluck Jonathan has deliberately omitted in chapter four of his new book, an investigative report submitted to him in June 2014, by the presidential facts-finding committee he constituted in May, 2014, which was mandated to gather evidence-based facts and circumstances on the abduction, Borno Governor, Kashim Shettima has said.

Shettima spoke in reaction to allegations contained in chapter four titled “The Chibok school girls affair” in the book, “My Transition hours” authored by Jonathan and launched on Tuesday in Abuja. The former President had indicated that the schoolgirls abduction was a product of conspiracy by the then opposition All Progressives Congress, APC, in connivance with Borno State Government. He also accused the Borno Government and then President Barack Obama’s administration in the United States of undermining efforts to rescue the Chibok girls in 2014.

However, Governor Shettima through a statement released by his Special Adviser on Communications and Strategy, Malam Isa Gusau on Wednesday, said while the truth was that Jonathan never believed there was ever an abduction until rescue efforts were late, the “the former President’s elementary book of tales fell short of the courage required of him to publish findings by his own panel in chapter four of his book.

“The whole of Tuesday night, I took the pains of reading His Excellency, former President Goodluck Jonathan’s book, My transition hours, from the first to the 177th page. I took particular interest in chapter four (the Chibok school girls affair) which has 42 paragraphs written on pages 27 to 36. I was amused that despite ‎admitting in paragraph 15, that he had (in May 2014) constituted a Presidential Fact-Finding Committee under Brigadier General Ibrahim Sabo and many others “to investigate” the Chibok abduction, former President Jonathan refused to mention any part or whole of the findings by that panel which had submitted a highly investigative report submitted to him on Friday, June 20, 2014 after the panel held investigative meetings with the then Chiefs of Defense Staff, Army Staff, Air Staff, the DG, DSS and IGP, met all security heads in Borno, visited Chibok, met with parents of abducted schoolgirls, met surviving students, interrogated officials of the school and the supervising ministry of education, interrogated officials of WAEC and analyzed all correspondences. What has become very clear is that the former President decided to sit on facts in his custody while he published, in an elementary standard, a book of fiction designed to pass gulty verdicts to anyone but himself, with respect to the open failures of his administration to rescue our daughters and in tackling the Boko Haram challenges ” Shettima was quoted by his spokesman.

The Governor declared that by refusing to publish any part of his own panel’s findings on the Chibok abduction, Jonathan’s book was nothing short of a presidential tale by midday”.

Shettima recalled that for ‎for the records, “on Tuesday, the 6th of May, 2014, President Jonathan had inaugurated multi-agency/stakeholder fact-finding panel under the chairmanship of Brig. General Ibrahim Sabo (rtd), a one-time Director of Military Intelligence and also appointed a secretary from the Niger Delta. President Jonathan single handedly selected all members of that committee which included his trustees amongst serving and retired security officers from the Army, DSS and Police; representatives of the UN and ECOWAS, representatives of the Chibok community, local and international civil rights organisations, representatives of the National Council on Women Societies, the Nigeria Union of Journalists amongst other persons he trusted. For almost two months, the probe panel undertook forensic assessment of all documents on the entire issues, held investigative meetings with parents of the schoolgirls during a visit to Chibok. The panel held separate one-on-one investigative meetings with myself, the then Chief of Defence Staff, Chief of Army Staff, Chiefs of Air and Naval Staff, met the then Director General of the DSS and the Inspector General of Police, all of whom were appointees of President Jonathan. The panel interrogated officials of Borno Government including the Comof Education and the school principal. The panel also held investigative meetings with heads of all security agencies in Borno State including security formations in charge of Chibok. At the end, the panel submitted it’s report directly to President Jonathan on Friday, the 20th of June, 2014 in Abuja. President Jonathan has refused to make public the findings submitted to him. I was expecting the findings in his book but he has deliberately swept that report under the carpet. However, I remember that on June 24, 2014, the ThisDay Newspaper claimed to have obtained a copy of the panel’s report and published as its lead, that painstaking findings by the Presidential panel had indicted the military under Jonathan’s watch and completely absolved the Borno State Government of any blame regarding the Chibok abduction. The newspaper went further to say that panel actually commended efforts of the Borno State Government in its commitment to the fight against Boko Haram as testified by heads of security establishments” the statement from Gusau said.

‎Governor Shettima also said it was clear to him after reading the former president’s book, that he still lives with poor understanding of issues under his presidency. The Governor cited that for instance, Jonathan’s claim on page 31 that Boko Haram wanted a Muslim President rather than him as Christian was laughable since the insurgents actually began their deadliest attacks in Borno under the regime of late President Umaru Musa Yar’adua, a Muslim from northern Nigeria.

“We know for a fact that as vicious cycle of evil, Boko Haram fighters do not care about the religion of their targeted victims. ‎They attack Mosques and churches. They are lunatics who regard anyone who doesn’t share their ideology as an infidel. So, I wonder how the former President didn’t take time to understand the biggest challenge under his presidency” Shettima said.

The Governor advised former President Jonathan to write a second book on account of his presidency which should contain the facts as have been presented to him, regarding the Chibok abduction rather than the fiction he made public on Tuesday. 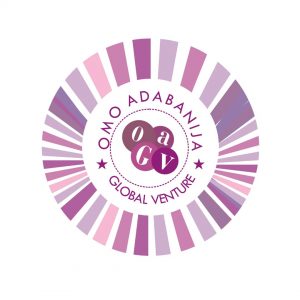