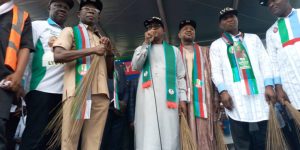 Governor Adegboyega Oyetola of the State of Osun has congratulated Bayelsa State Governor-elect, Chief David Lyon, over his victory at the poll over the weekend.

Oyetola, who is a member of the Bayelsa State All Progressives Congress (APC) Governorship Campaign Committee, also noted that the victory is a clear indication of Nigerians’ preference for the ruling party, owing largely to its pro-people policies and programmes at the various state levels and even at the centre.

In a statement by his Chief Press Secretary, Ismail Omipidan, in the early hours of Monday, the governor described the victory as a sweet one and noted that with Bayelsa now in the kitty of the APC, it has put paid to the long-held sentiment that APC is a party that had no foothold in the South South.

The governor further noted that lovers of democracy must commend the resilience of the people of Bayelsa in deepening the country’s democracy through their decision to vote the progressive party into power for the first time, since 1999. 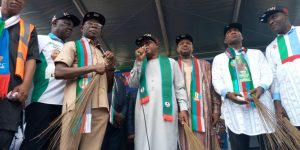 “On behalf of the people and Government of the State of Osun, I congratulate our President, Muhammadu Buhari, our National Chairman, Comrade Adams Oshiomhole, our National Leader, Asiwaju Bola Ahmed Tinubu, the leadership of the APC and the APC Governorship campaign comittee under the chairmanship of the Jigawa State Governor, Alhaji Abubakar Badaru for this sweet and well- deserved victory.

“I congratulate the leadership of the Independent National Electoral Commission (INEC) for conducting a peaceful election in the state,” Oyetola said