Baba Sala was a pride to Osun, says Governor Oyetola as he bids the comedy legend a farewell

Baba Sala was a pride to Osun, says Governor Oyetola as he bids the comedy legend a farewell

The governor of the state of Osun Mr Gboyegahmm Oyetola has described late Senior Elder Apostle Moses Olaiya Adejumo popularly called Baba Sala as an epitome of good character and a symbol of comedy who has combined both to glorify the state. 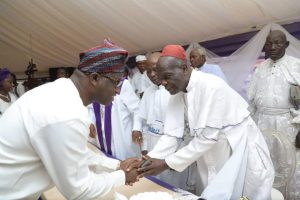 Governor Oyetola who stated this in Ilesa at a Christian wake/Artists Night for the late theatre icon called on people to emulate the deceased in character adding that every human deed, either good or bad would live after them.

Governor Oyetola who was represented by his deputy Mr Gboyega Alabi rejoiced and commiserated with the family of the deceased, the Cherubim and Seraphim church in Nigeria and the entire people of the state for the passage of late Olaiya Adejumo who, according to him has come, saw and conquered. 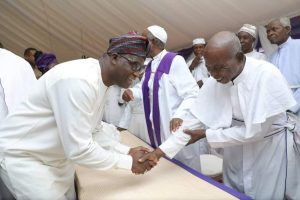 The Christian wake keep which was presided over by the supreme head of the Cherubim and Seraphim worldwide,his eminent prophet Dr. Solomon Adegboyega Alao has in attendance the children and family members of the deceased, Gospel and drama artists, religious and political leaders which included the majority Leader of the state house of Assembly Hon Timothy Owoeye among others. The late comedy legend Senior Apostle Dr. Moses Olaiya Adejumo popularly called Baba Sala who died after a brief illness on the 7th of October 2018 at the age of 81 was a veteran artist. Born in Ilesa Osun state in 1937 and until his death a Senior Apostle of Cherubim and Seraphim Church and a holder of national award, Member of Order of Niger (M.O.N). He was survived by children and grand children and great grandchildren 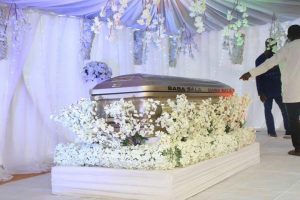 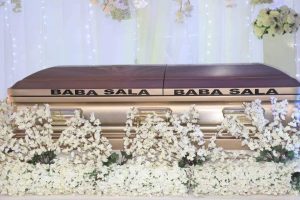