Some suspected armed robbers have reportedly been stuck in a First Bank of Nigeria branch in Mbappe area of Abuja after a failed operation.

Our source  learnt the robbers had successfully gained entry into the bank on Saturday morning after sporadic gunshots, but have been unable to leave following a police siege. 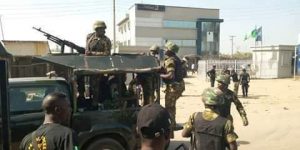 Various witnesses say some policemen and soldiers were immediately deployed to the area and have surrounded the bank premises.

There is ongoing chaos in the area, a densely populated suburb, as residents and passersby have gathered, watching the scene play out. 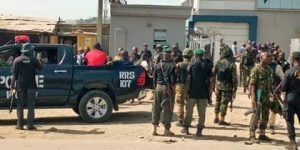 Anjuri Manzah, the spokesman of the federal capital territory (FCT) police command, did not immediately respond to enquiries