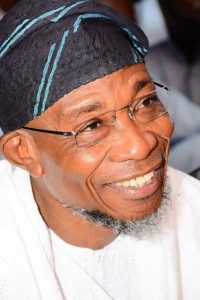 He also commended the minister for his continued service to the country.

In a statement by his Media Adviser, Tunde Rahman, the one-time Lagos governor described Aregbesola as a loyal and dependable friend and partner.

Congratulating the minister who turned 63 yesterday, the APC leader said Aregbesola has done remarkably well for his state and country, adding that the minister laid the foundation for the infrastructural development of the Osun State.

The statement reads: “He turned it (Osun) to what it is today: a modern state. He is creative and innovative. He provided inspirational leadership in Osun and now at the centre in Abuja. 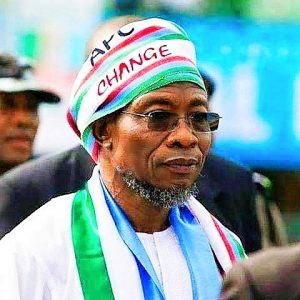 “Aregbesola is resolute and committed to worthy causes. He is bold, courageous and always eager to take decisions that would impart the lives of a majority of our people.

“An engineer and political activist, Aregbesola made the difference in Lagos as Commissioner for Works and Infrastructure for eight years; in Osun as governor for two terms and at present as minister of Interior,” Tinubu said.

The APC leader described the minister as an exceptional grassroots campaigner and mobiliser who has remained invaluable to APC.

Congratulated Aregbesola as he turned 63, Tinubu prayed that the grace of Almighty Allah continued to be with him.

“May He grant him many more years, good health and renewed energy to continue in the service of our people and humanity,” he said

Also ON mONday, Minister of State for Budget and National Planning, Prince Clem Agba paid glowing tributes to Aregbesola, describing him as a man of inimitable virtues.

Agba, who spoke through a statement by his spokesman, Sufuyan Ojeifo, noted that the Interior minister’s qualities mark him out as a reliable political leader.

The statement reads: “This is largely a confirmation of God’s acceptance of your continued worship of Him and the manifestation of His plan and purpose for your life.

With the blessing of good health, be rest assured that you will continue to serve our nation and humanity with passion and commitment.”

Becoming the party we were intended to be;...

Why I returned to APC- Former Osun SSG,...

Tinubu rescued Oshiomhole, but turned his back on...

June 12: A milestone for Democracy By Asiwaju...