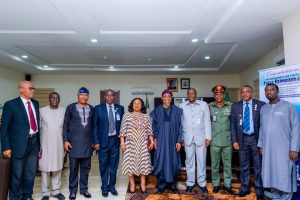 The Minister of Interior, Ogbeni Rauf Aregbesola has stressed the need for proper biometric capturing of Nigerian Citizens and Migrants with the view to ensuring effective internal security and socio-economic development in the country. 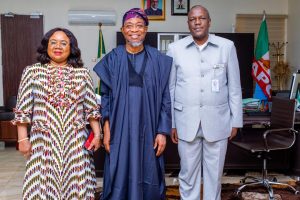 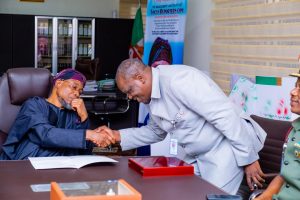 Ogbeni Aregbesola disclosed this today in his office in Abuja when he received the management of the Nigeria Army Resource Centre led by its Director General, Major-General G.A. Wahab.

He noted that, the anonymity of the Nigerian Citizenship and Migrants was worrisome and therefore called on the Army Resource Centre to join hands with the relevant authorities to ensure proper enlightenment of officers and men of the Nigerian Army and all those who use their facility on the need for comprehensive biometric capturing of Nigerians and Migrants resident in the country. 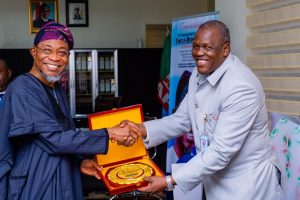 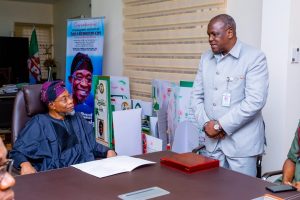 The Minister said that the presence of the Resource Centre in Nigeria was an indication of a serious nation. He therefore called on the Nigerian Army to develop synergy with the relevant Government Agencies with the view to ensuring that every person in the country is identified and captured in order to protect the national territory and promote territorial integrity of Nigeria. 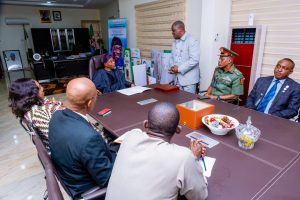 Speaking earlier, the Director General of the Army Resource Centre, Major General G.A. Wahab (rtd) said, his team was in the Ministry to honour the Minister for keeping to the mandate of his Ministry of ensuring internal security and citizenship integrity in line with the set objectives of the President Muhammadu Buhari Administration which is, Security, Economy and Transparency (SET). 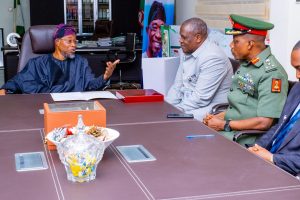 General Wahab said further that the team was there to also appreciate the Minister for honouring the centre’s invitation to declare open its on-going Leadership in National Security Course in Abuja, on Monday.

Highlight of the visit was the presentation of award to the Minister for keeping to the mandate of his Ministry. 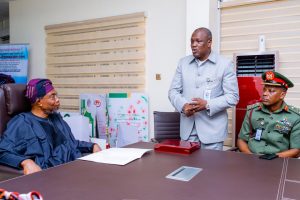