AREGBESOLA ADVOCATES FOR LEADERSHIP AT THE NUCLEAR FAMILY LEVEL

AREGBESOLA ADVOCATES FOR LEADERSHIP AT THE NUCLEAR FAMILY LEVEL 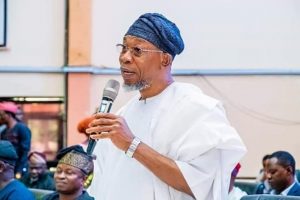 An advocacy of good leadership at the nuclear family level has been moved for the achievement of the much craved better society.

The immediate Osun Governor, Ogbeni Rauf Aregbesola made the recommendation on Saturday at the seventh edition of a Youth Leadership Summit organised by the students’ union body of the University of Ilorin.

The former governor who described leadership at the family level as very critical to the attainment of good society urged all to “see leadership as developing from every nuclear family -that is from the father and mother and their children and wards, as a basic social unit; then up to the ward or community, local government area, and up to state and national level”. 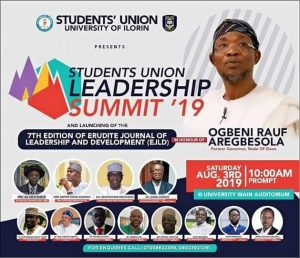 Aregbesola, who was the honouree at the occasion, added that when parents and guadians play the roles expected of them at the basic unit of the society, the children so well groomed will impact positively on the society for the benefit of all.

He emphasised the essence of positive influence of parents and other elders within the nuclear family in order that children and wards are developed for the good of the society. “Leadership is the ability to mobilise, motivate and encourage people to do what is good and right”, said the former governor.

According to him, it is a duty upon every parent to ensure that the much craved better society is planned and developed right from their nuclear family, with regards to the right training that must be given to thei children and wards.

The student’s union journal, “The Erudite,” was later launched in his honour.

Why we are proud of Buhari, Osinbajo —AGF leader