DIRECTION OF OUR SUPPORT IN ONDO STATE GOVERNORSHIP ELECTION 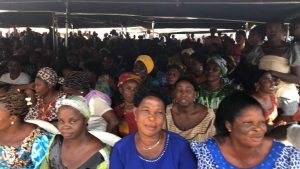 After weighing all available options and after several consultations with party members as well as political leaders within and outside of Ondo State; we feel convinced that the re-election of Governor Rotimi Akeredolu will be in the best interest of Idanre/Ifedore Federal Constituency. It should be pointed out however that this decision was collectively taken by the leaders and members of our party, the Social Democratic Party (SDP) as well as other supporters of VATA Political Movement.

Our people must realize that governance is a veritable vehicle through which developmental projects could be attracted to the society. In view of this, the very first compelling reason for choosing to support Governor Akeredolu is the compelling need to attract more developmental projects to our constituency and for the completion of all ongoing projects in Idanre/Ifedore Federal Constituency. The ongoing Ijoka – Idanre Road is one of the projects that Akeredolu has promised to complete in his second term of office. 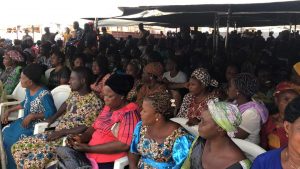 More important is the township road of Idanre which Governor Akeredolu has promised to fix immediately after the gubernatorial election. Of a fact, Governor Akeredolu is assiduously working on quite a number of ongoing projects that he will obviously needs another term of office to complete them. Going by the retrogressive culture of abandonment of projects by successive governments in Nigeria; the fear of having the ongoing projects in our federal constituency abandoned is one of the reasons that has made us opted to support Aketi. The thinking is that any abandoned project in Idanre/Ifedore federal constituency will definitely amount to a setback in our collective anticipated developmental quests.

It should also be clearly stated that wide consultations had been made to determine the clear cut plans of the three governorship candidates for Idanre and Ifedore Local Government Areas. It can however be boldly stated that the other two candidates seem not to have any immediate developmental plans for the two local governments in my federal constituency at the time of our consultation. The only constant rhetoric gotten from their sides was the question of why should we support a government that had attacked our people. In the absence of any concrete and immediate developmental plans from the other two candidates for our people; we have therefore collectively decided to support the re-election of Governor Rotimi Akeredolu.

After all, I have never hidden the fact that my being in politics is largely driven by the need to continually attract development to my federal constituency. The decision we have jointly taken today to support Governor Akeredolu is primarily informed by the quest to latch on to all available opportunities of attracting development to our constituency.

In addition, my support for the re-election of Governor Akeredolu is also informed by the position of my leader and the Speaker of the Federal House of Representatives, Rt. Hon. Femi Gbajabiamila. It is not debatable therefore that the House of Representatives Speaker has constantly been championing the interests of Nigerians at all times; while the 9th House under his leadership has undoubtedly done extreme well by setting new records of performance within the short time of being in office. 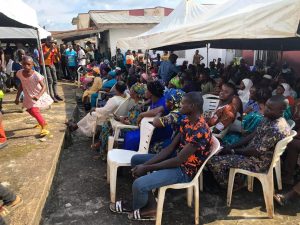 Frankly, the attacks
unleashed recently on hapless persons in Idanre town by some hoodlums during the local government election were indeed very disturbing and condemnable. However, our findings have truly shown that the needless barbaric attacks were instigated by a few light weighted politicians in Idanre that were hell bent on concealing from Governor Akeredolu the reality of their obvious lack of capacity to deliver votes in a free and fair electoral process.

Meanwhile, we have earlier charged and still urging the security agencies to expedite their investigations and make the attack perpetrators and their sponsors to face full wrath of the law. Also, the Governor has promised to accommodate candidates of SDP in the last Local Government election. I also want to inform our people that the governor has promised to make the development of Idanre and Ifedore Local Government Areas a matter of priority going forward. Still, we want to passionately plead with our people to please let go of the past and focus on climbing the ladder of greater development with the present government of Akeredolu in Ondo State.

With every sense of responsibility, the decision taken today to support Governor Akeredolu is geared towards attracting a lot more developmental projects that will better the lots of our people. We must all realize that real physical
developments do not just happen on account of voluminous outpour of emotions; rather, real development is practicably achievable through hard work, right political aligning in addition to the capacity to continuously attract developmental projects. Of a truth, this is aptly what our declared support for Aketi today is bound to deliver for Idanre/Ifedore federal constituency.

I need to also inform my people that some individuals have vowed to work against my return to the House of Representatives in 2023 for daring to insist on the development of Idanre/Ifedore federal constituency. Although, my firm belief as a Muslim is that only the Almighty Allah can give power to whosoever He pleases. Aside the fact that 2023 is still some three years away, we must be very careful not to fall into the temptation of playing God. After all, only God has the exclusive preserve of determining who will live to see the next day and beyond. Inasmuch as I am prepared to go the extra mile to fight for the speedy development of my federal constituency; I will also not allow anyone to compromise the interests of my constituents for personal gains. But, if I may have to sacrifice my second term on account of firm insistence on rapid development of our federal constituency; then, such sacrifice in the overall interest of the people will not be too much for me.

I make bold to state here that what is honestly desired for the good people of Idanre/Ifedore federal constituency is a continuously robust development that will be devoid of compromise and political godfatherism. Let me also use this opportunity to reassure my constituents that I will personally lead the developmental process of our constituency. I also want to emphatically assure that life transforming projects will definitely come to our federal constituency from Ondo State government and the federal government.

To demonstrate my avowed promise of continuous support to the good people of Idanre/Ifedore federal constituency, enormously huge resources have been sourced
to organize a first of its kind empowerment programme in December, 2020. We have already concluded plans to give out 50 exotic cars and 100 motorcycles in addition to other numerous tangible items to all our constituents during the empowerment programme.

Similarly, the federal institution we are seriously working on bringing to Idanre is another major project that is bound to transform the economic landscape of our federal constituency. It is also heart warming that Governor Akeredolu has promised to give total support to this project once the bill for the institution’s establishment is passed and signed into law. In reality, the choice of Akeredolu can only be a win-win outcome for the people of our federal constituency.

By the special grace of God, plans have been concluded to begin the reconstruction of Apefon-Ofosu Road through the Niger Delta Development Commission (NDDC).
Also, we have concluded plans to begin the construction of one Mini Stadium each in Idanre and Ifedore.
Part of our next developmental focus is to set up Empowerment and Skills Acquisition Centers in the two Local Government Areas of Idanre and Ifedore. We have also decided to substantially increase our non repayable ‘Traders Moni’ from N20,000 to N50,000 for each trader across the two local governments areas. The ‘Traders Moni’ disbursement will henceforth be done faithfully on a quarterly basis.

I want to sincerely thank all my dear constituents for the trust reposed in me and for the unflinching support extended to me thus far. I pray that Almighty Allah shall continue to sustain our partnership in progress and development.

God Has Been Faithful To Us As A Nation – Oyetola … Commemorates 60th Independence with Thanksgiving Service.