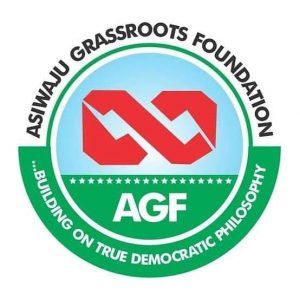 Asiwaju Grassroots Foundation, a socio-Political group propagating the political ideology of the National Leader of the All Progressives Congress APC, Asiwaju Bola Ahmed Tinubu has congratulate congratulated him on his award of Honorary Doctorate Degree in Public Administration by the Afe Babalola University, Ado-Ekiti.

The group described the award as a recognition of Tinubu’s sense of deep political sagacity and leadership per excellence.

Olateju Ishola, the group’s National Coordinator in a statement on Tuesday celebrated the honoree who he said is a model of good governance and progressive people-oriented leadership.

Ishola maintained that Tinubu’s avowed commitment to nation building through his numerous contributions to societal emancipation makes him a model in administration vis a vis academic and technical know-how.

The AGF described its principal as a man of many parts whose influence not only in Africa denotes his visionary and forward thinking approach to societal growth and development.

While congratulating Asiwaju for adding another feather to his cap, the AGF national coordinator wished the “Leader” well as he continues his drive to seek the progress of Nigeria and the emancipation of the common man.