….Affirm That His Performance Will Truly Bring An End To PDP’s Existence In Osun 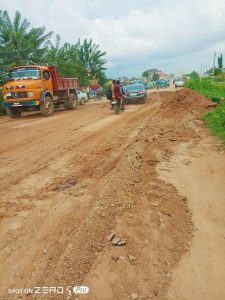 In a statement made available to press men, Amobi confirm that Gov. Oyetola performance will truly bring an end to the Peoples Democratic Party (PDP) and other opposition parties in Osun.

”The rehabilitation of the dilapidated 56km Osoogb-Iwo road that connect about 6 Local Government Areas to the state capital which robs users of rest of mind on every trip is a clear confirmation of Gov. Oyetola submission that his performance will truly bring an end to the Peoples Democratic Party (PDP) and other opposition parties in Osun while delivering his address on Saturday during the celebratory banquet organized for him over his July 5th Supreme Court victory and his predecessor, Ogbeni Rauf Aregbedola ministerial appointment”. 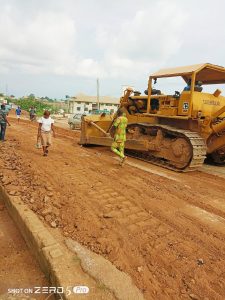 Amobi said the people of Osun West were particularly grateful to Governor Oyetola for keeping to his promise, adding that the completion of the road will lead a decrease in travel time, increase in lifespan of vehicles and increased interconnectivity with other roads.

The parliamentarian also appeal to the governor not to abandon the project, noting that the good people of Osun State will higly benefited from the completion of the road as the ‘change they voted for’.

”With this and many in the pipeline, Osun people will be proud of the choices they made in 2018, Amobi added”.

Amobi appreciated the entire citizens of the State of Osun especially the good people of Iwoland for their patience with the government in power, charged them to continue supporting the governor in prayers for the success of his administration.