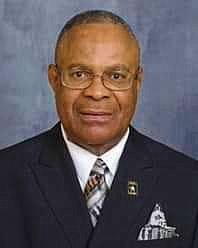 Meet our new appointed Ambassador representing us in Winsconsin, USA.

He also co-author four additional poetry books with the, Worldwide Poetry Alliance, where he served as the co-founder and poetry chaplain for the site as follows: “The Magic of Michael” (2009), “Passionate Patriotic Poetry” (2009), “Patriotic Poetry to Support the Troops” (2009),”Practical Poetic Anthology: Styles, Forms, & Peganted Portrayals” (2009), and “Celebrating in Poetry: The 20th Century, 100 Years of Music” (2010).

His writings have appeared in various national and international forums. He has taught at Bryant and Stratton University, Milwaukee Area Technical College, and The American Baptist College in Milwaukee, Wisconsin after retiring from the military.

He retires from the U.S. Army as an officer, and was appointed Goodwill Ambassador for the state of Arkansas by Governor Bill Clinton (1988). He has received many poetry awards and appointments including the following: Senior Advisor to Founder Motivational Scripts 6/2109, and Ambassador De Literature 6/2019 (Oman), Living Legend of the 21st Century 5/2019 (India), Literary Golden Badge 5/2019 (Oman), Poetry Gold Medal Honor, League of Poets, Nigeria Africa 5/20/19, Noble Star for Literature Award 12/2018, Living Legend of the 21st Century, 6/2019, and International Peace Award 7/20/19 (India), Poetry Bard Award, 2010 (UK). Poetry Ambassador Medal, 2007 (USA), Independent Poet Laureate, 2007 (USA), Various Editor’s Choice Awards (USA), and Who’s Who in Poetry, 2005 (USA). He served at the Poet-in-Residence, for the St. Andrew’s Scottish Society, and is a member of the Scottish poetry bard, Robert Burns Club, Milwaukee, Wisconsin. He has membership in various national and international scholastic honorary societies, and graduated with honors and distinctions for various military and civilian schools.

He has a certification as a lay minister from The Episcopal Bishop of the Armed Forces, Reverend Charles Burgreen, (1982), and served as a lay minister while in the U. S. Army with military Episcopal clergy members around the world. He has a degree in Divinity, from Faith Theological Seminary, which he completed on active duty with the U. S. Army (1984), and has been a life coach to many soldiers. He is a member of the Christian Legal Society with Christian litigators in jurisdictions across America (1986).

He was licensed as a Baptist minister at Pilgrim Missionary Baptist Church, Manhattan, Kansas, where he served as an associate minister, Manhattan, Kansas (1987), an ambassador for the Frederick Douglass Center, and President, Manhattan Chapter, National Association of Colored People (NAACP). He advocated for the rights of many and won the best chapter of the year award, two years in a row. He was eventually ordained as a Baptist Minister by Reverend Dr. Donnie Sims, President of Wisconsin Baptist Convention, and Pastor of Jerusalem Missionary Baptist Church, Milwaukee, Wisconsin (2001), where he served as an associate minister. He was appointed Chaplain of Alpha Phi Alpha Fraternity, Delta Chi Lambda Chapter, Inc. (2002), and is a life member of Alpha Phi Alpha Fraternity, Inc.. He also served as the Poetry Chaplain for the Worldwide Alliance of Poets, UK, and is a co-founder (2009). In these capacities he has served as a spiritual ambassador to many around the world.

He is the son, nephew, cousin and brother of various Apostolic and Baptist preachers in his family, while his mother, Justice Olive Spence, was the backbone and field marshal of prayer for the family, who taught him how to read, write, interpret and recite poem as a youth when he was in high school.

He is currently a member of Siloah Evangelical Lutheran Church and School, Milwaukee, Wisconsin, where he is constantly uplifted reverently in grace and fellowship by the membership of saints. They have expressed great delight regarding the new salutation given unto to him from the people of India by the name of “Praṇāma,” an uplifting and respectful mode of communication for one who is revered in the Hindu tradition. The word Siloah translates to one being “sent” (John 9:7). It also relates to the “Pool of Siloam” where the blind man received his sight. Siloah is a part of the Wisconsin Evangelical Lutheran Synod, and is under the Shepardship of Pastor Brady E. Coleman.

It is my pleasure to announce to the world on behalf of our dear organisation World Institute for Peace his appointment as Ambassador for our organisation that will be representing us in Winsconsin, USA as from the time of this posting.

We hereby implore you to act diligently in promoting the culture of peace and humanity in your area and any where you find yourself.