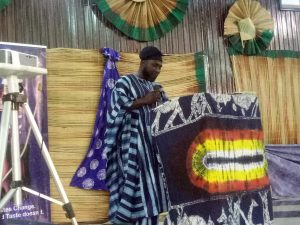 The director of the Centre who is the distinguished Professor of History Professor Siyan Oyeweso ushered in all invited dignitaries at about 11 : 00 am who came to witness the activities that will always project the Yoruba culture in the future which was exemplified by Ulli BEIER during his life time. The lecture is about the Essence of Ulli BEIER which the guest lecturer titled “The Rebellion”. The other memorial lecture in the workshop was about Late Susanne Wenger. 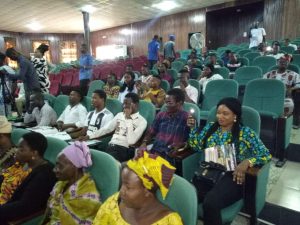 As he spoke during his unscripted key note address, The organizing Prof. Siyan Oyeweso delved succinctly into the historical exploit of Susan Wenger, Ulli BEIER, Twin Seven Seven, Duro Ladipo and the Genesis of Mbari Mbayo while recognizing almost all the attendees. It was a joint eulogization of both altruistic and humanist personalities who had selflessly imparted their God given talents on the people of Nigeria in their life time. 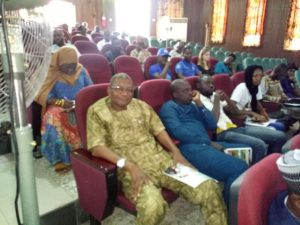 One of the guest lecturers of the day Professor Olutayo C. Adesina, the Head of Department of History University of Ibadan also delivered his lecture extempore about the selflessness of Ulli BEIER who brought about the altruistic capacity to empower, to mould talents and to instill discipline on the minds of the people at that time. He defined history as the totality of human experience. He extolled the virtue of the man through the people he mentored at that time. He also delved into the man’s humanitarian trajectory as he had touched so many lives. He said as the man was a German Jew he has been a man of many parts in Arts, Literature, Theater, Music and Dancing. He also admonished the people about the commercial venture of “give and take” as it was demonstrated by Ulli BEIER. Above all, as his thought which cannot be replicated here completely, he said that people should move towards the concept of sharing as we have better thing to share with the world through our uncommon creativity. “We should not always be the victim of our own skepticism” he posited. “We should accept the efficacy of the value of our knowledge through the essence of Ulli BEIER who opened the cultural and artistic space for the Yoruba people” . “Who even became so proud to be addressed as Nigerian even when Nigerians would sit on the fence” he concluded. 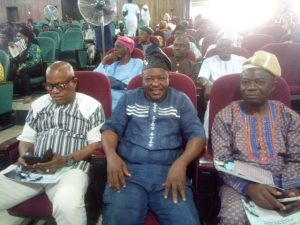 Professor Oyeronke Olademo, of the Comparative Religious Studies, Uni – Ilorin was the other guest lecturer who held the crowd spell bound when she was narrating the profile of Adunni Olorisa while alive after which various awards were given to distinguished individuals and some awardees who were awarded posthumously. One of which was Omoba Taiwo Oyewale Osuntoki-Twin 7 7 which was coordinated by Prof. Siyan Oyeweso. 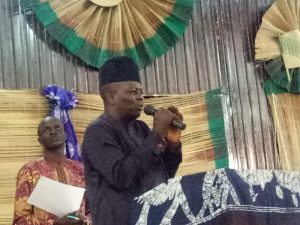 The Europeans, Diverse tourists and cultural people from the diaspora and Nigeria, Activists, Labour leaders, Government functionaries, Illustrious sons and daughters of Osun attended the auspicious workshop amongst who are Representative of the Governor State of Osun, personalities like Hon Kunle Oyatomi, Hon. Femi Mode Siyanbola, Hon Rotimi Ajayi, Hon. Gbenga Aregbesola, Hon. Femi Oyedele, Hon. Kola Olabisi and some other politicians were in attendance with Osun people who have come to the occasion as part of the celebration of the on-going Osun – Osogbo.

Your help may not come from people that you know. Watch the video below>>>